India is a place I have wanted to visit for a long time. My auntie visited years ago, and is always happy to tell you how amazing it is. A high school friend got married in India earlier in 2019, but I couldn't go because I was waiting for my green card to come through. So when I decided to go to Nepal in August 2019, tagging a trip to India on seemed like an obvious choice.

I got to experience some authentic indian culture before even leaving North America. I had forgotten to apply for my e-Visa "4 days" before arriving in India. In fact, I was scrambling to fill out the e-Visa application on my phone as I boarded the little turbo-prop plane in Seattle that would take me to Vancouver. From Vancouver I was going direct to New Delhi, so I was hoping that the 15 hours of flying time would be enough for my visa to get "processed". But it turns out Air Canada woudn't let me check-in to my flight in Vancouver without a processed e-Visa. This was kind-of annoying because they let me on the flight from Seattle to Vancouver, so now I was stuck in Vancouver for at least 24 hours. Luckily, my sister was living in Vancouver at the time, and I hadn't made it to Vancouver recently, so it was somewhat of a blessing in disguise that we got to hang out the next day. In the end, my visa came through in time for me to check in for my flight the next night, so I was only delayed by one day. Hotels, it turns out, are remarkably similar everywhere you go. I spent most of the first day sleeping and chilling at the hotel. It had been a rush to leave Seattle after my friends wedding, so I was happy to lay-low for a day. 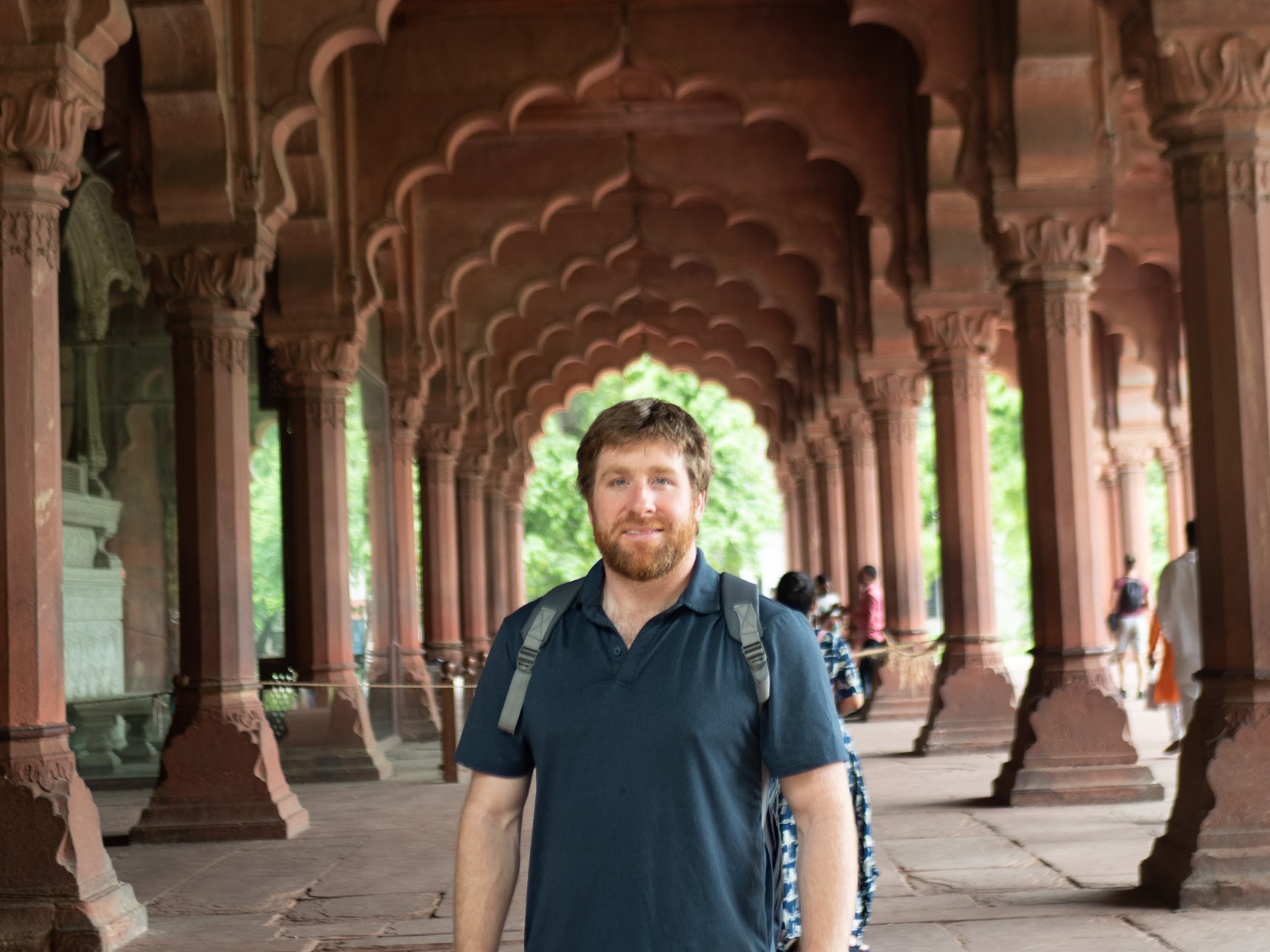 The next day, I set off to see a bunch of the sights in Delhi. My Red Fort tour guide knew all the important things, like exactly where the good photo spots were. 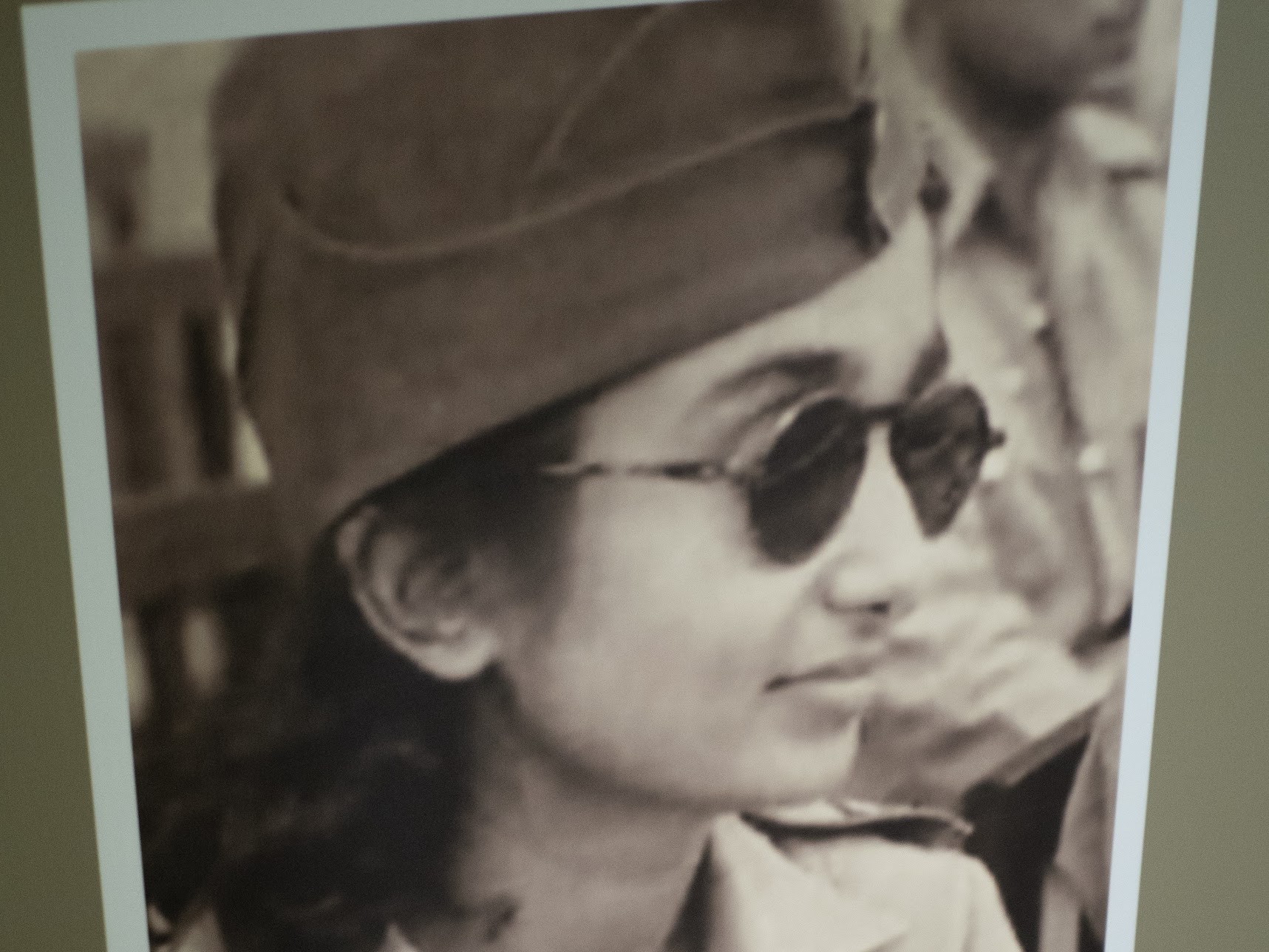 One of the pavilions at the Red Fort had an exhibit dedicated to India's military history, which I found really interesting. It's always fascinating to see how other countries want to be viewed. I picked this photo because this woman seems to be pulling off her sunglasses rather well! 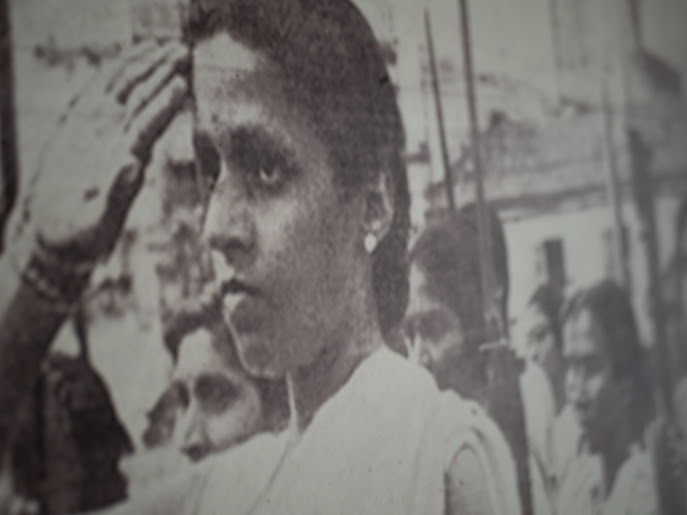 This exhibit was going to great lengths to present India as a proud military nation. There was no talk of Ghandi and peaceful protest here, the British were kicked out! And as for Pakistan... 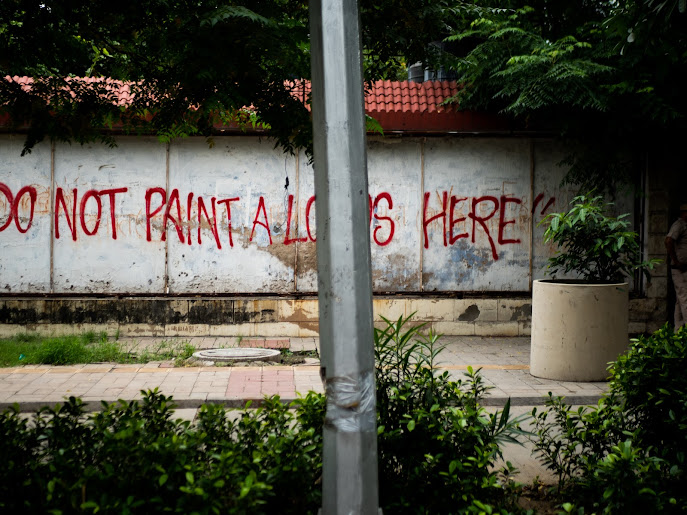 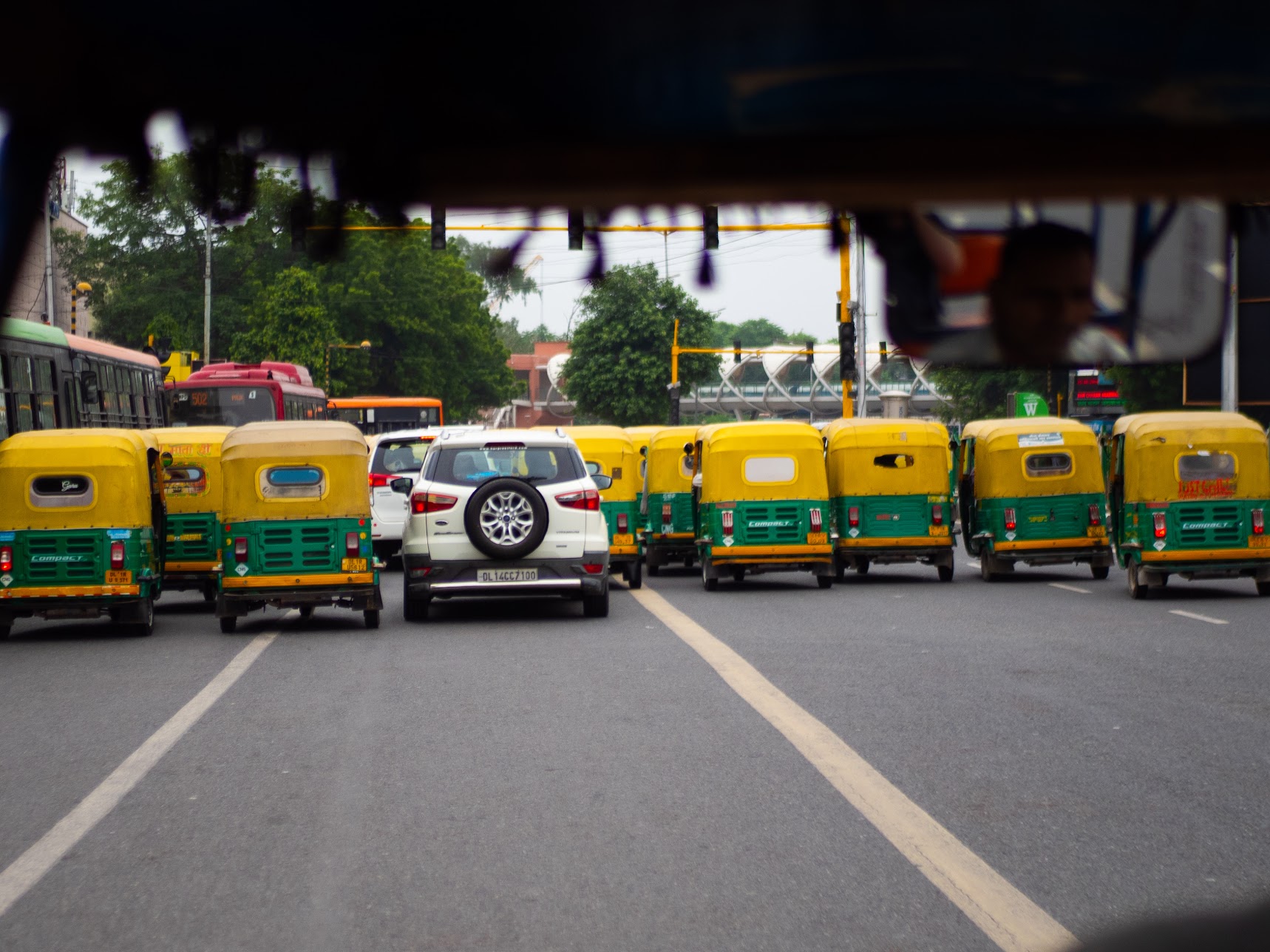 Do you think this car driver is feeling awkward and out of place among the tuk tuks? A family having a great time at India Gate. 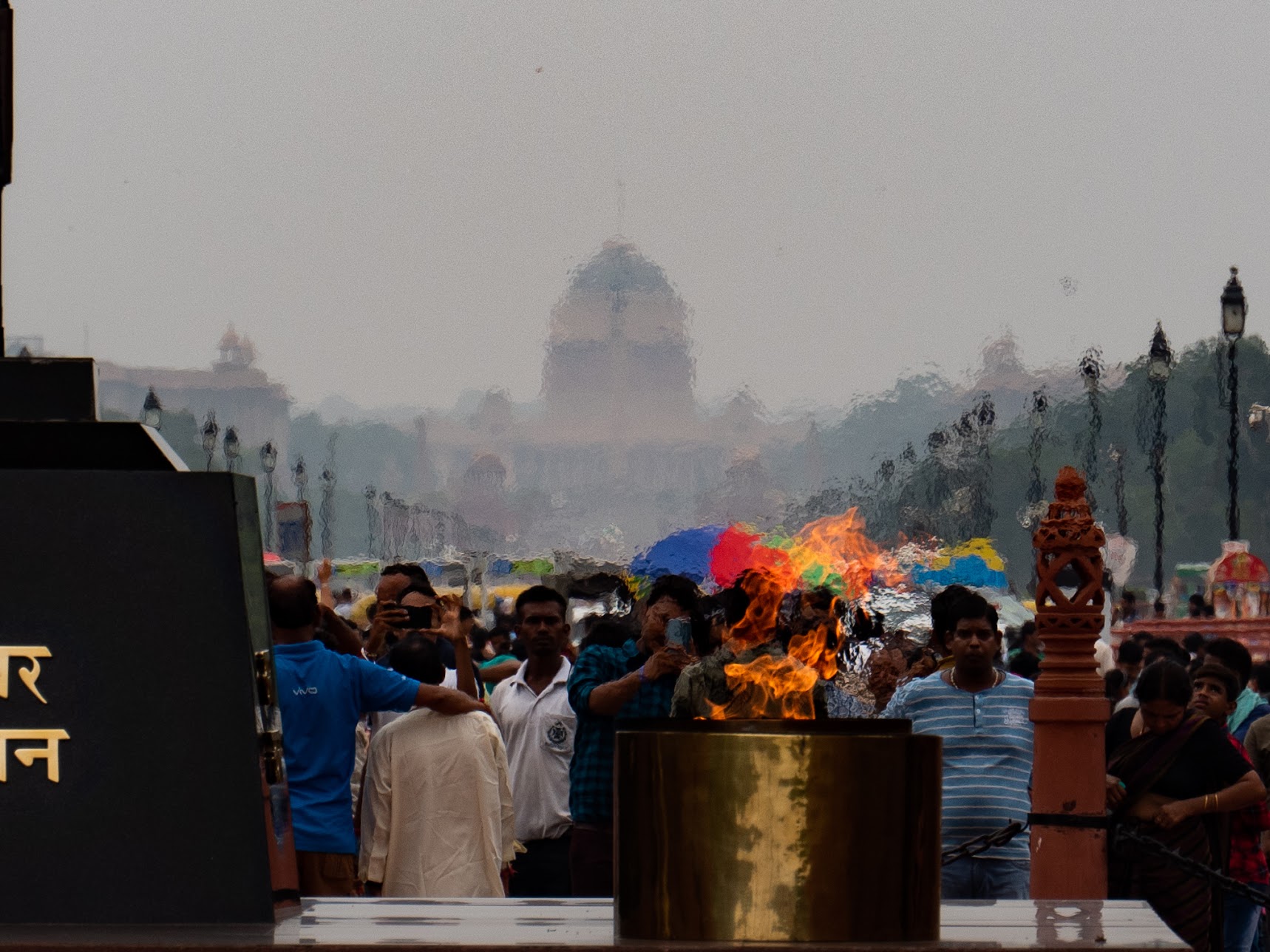 The immortal flame of the Indian soldier, with Rashtrapati Bhavan in the background. 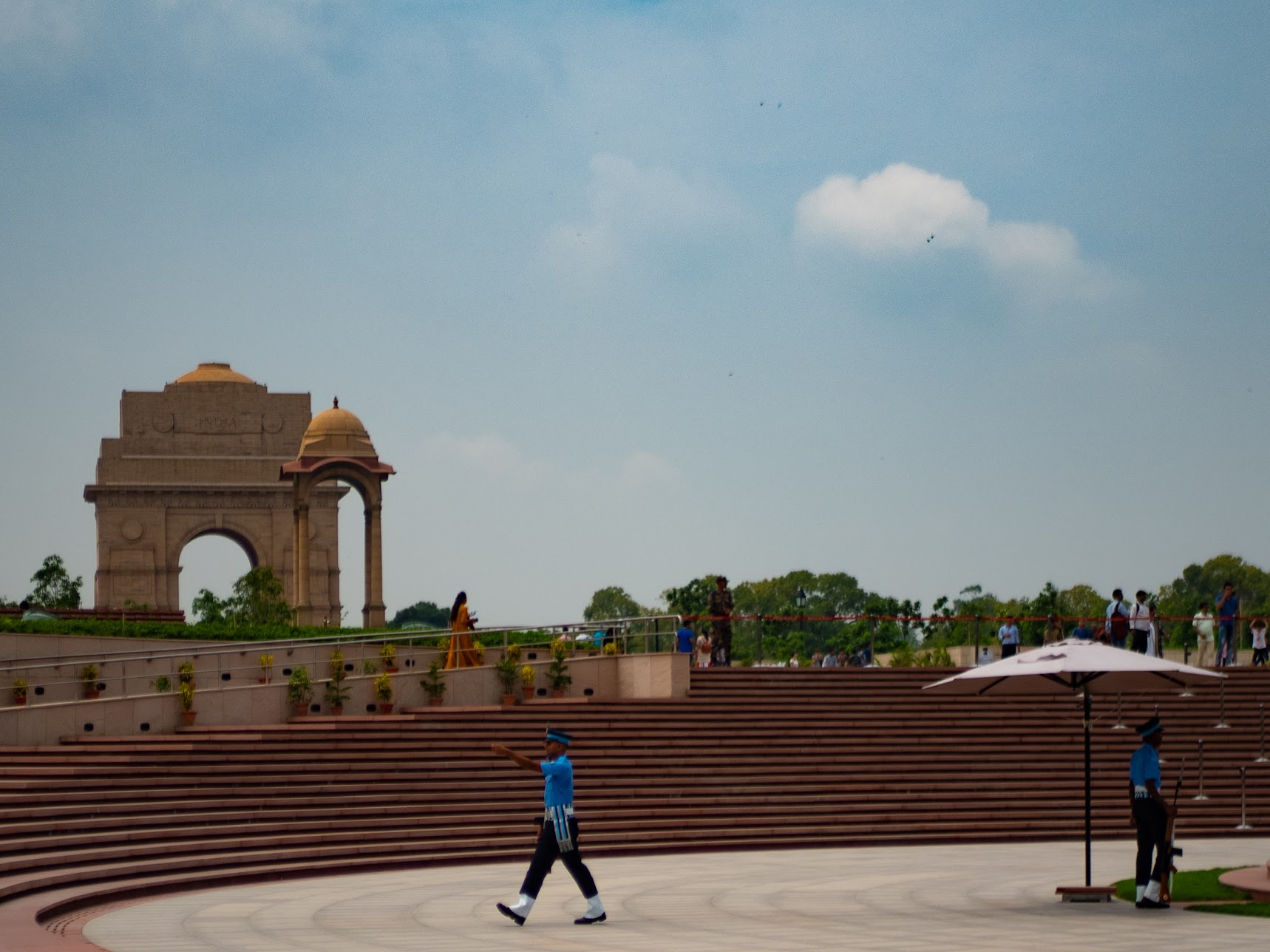 More military sights at the Indian War Memorial, with India Gate in the background. Flowers in the garden of the War Memorial seemed much more peaceful. 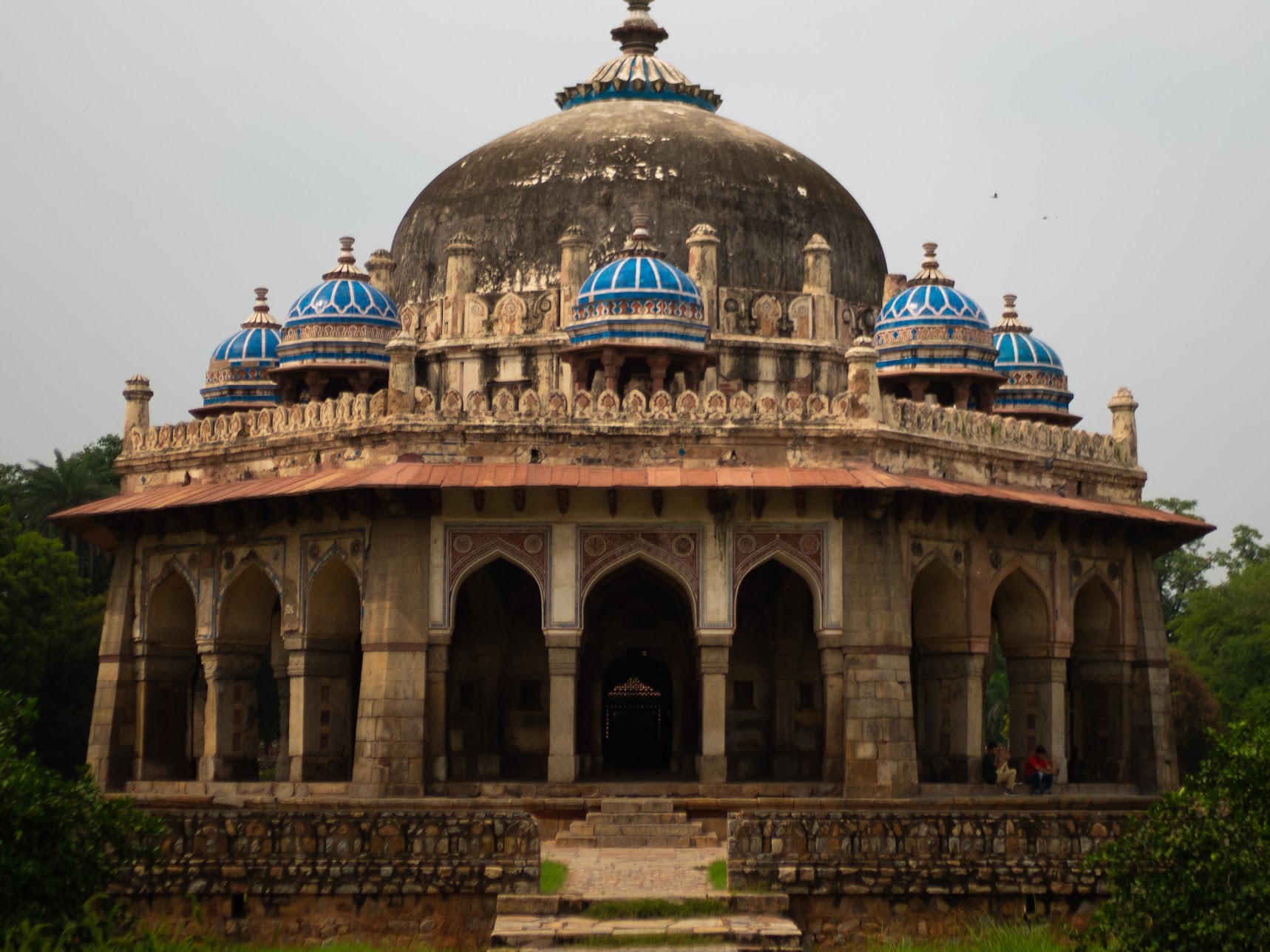 A trip to India wouldn't be complete without falling for at least a couple of scams. This photo was taken as a "security guard" was leading me around Humayan's Tomb, showing me all the good spots to take photos. Of course I was surprised when he asked me for money at the end. And I thought he was being so helpful! 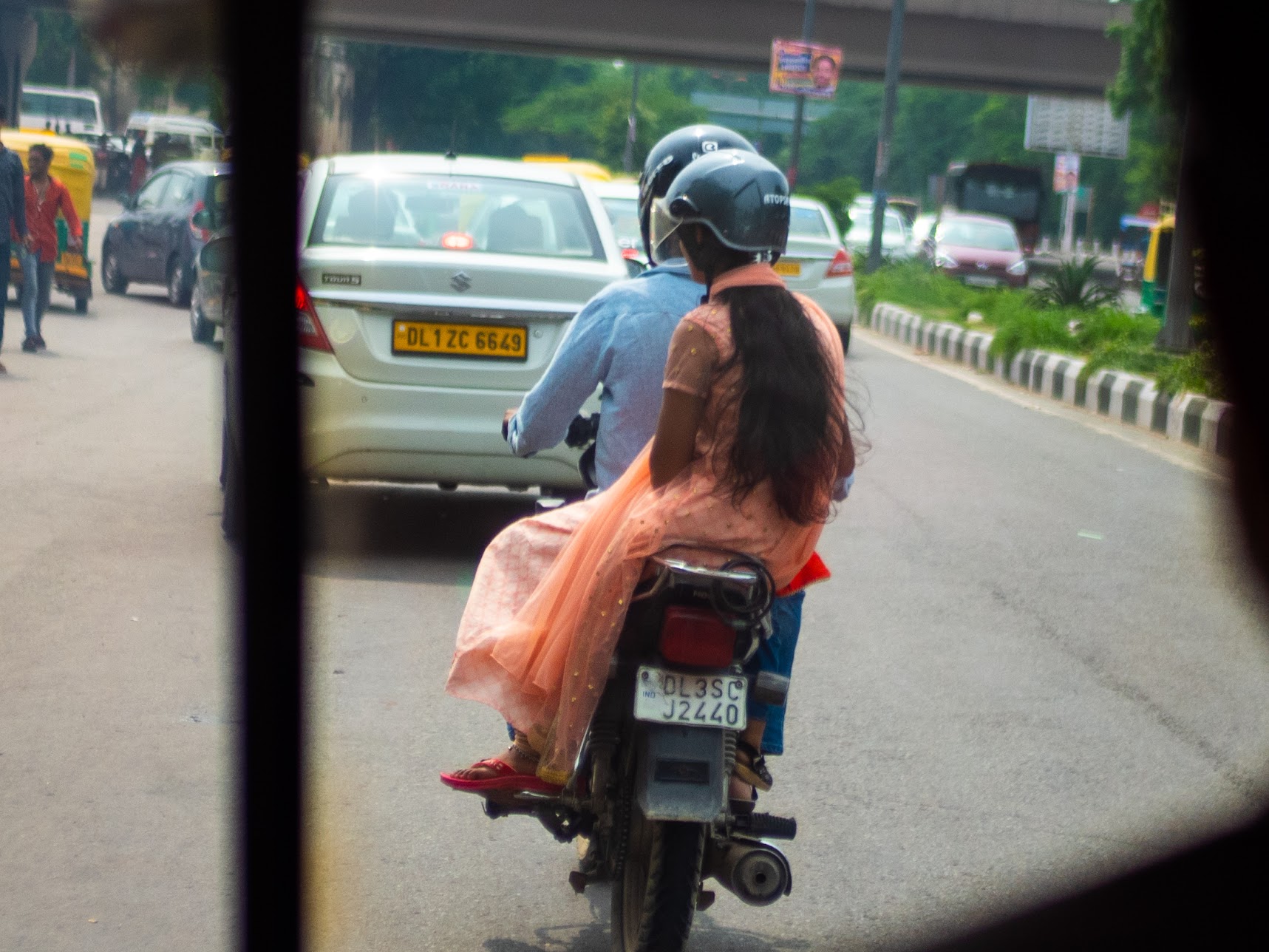 Couples on motorbikes is such a common sight! To me it's a great reminder of how tradition and modernity are intertwined. The woman is almost always riding on the back, often side saddle, with a colorful dress flowing in the wind, it seems timeless. The motorbike is obviously a 20th century invention, but I'm sure the same dynamic existed before motorised travel. Would this look so much different on a horse or donkey? Delhi (and India in general) can seem like a whirlwind with vehicles moving everywhere, and people shouting at you. Everything seems very frenetic. I guess there's no rule against spelling errors! 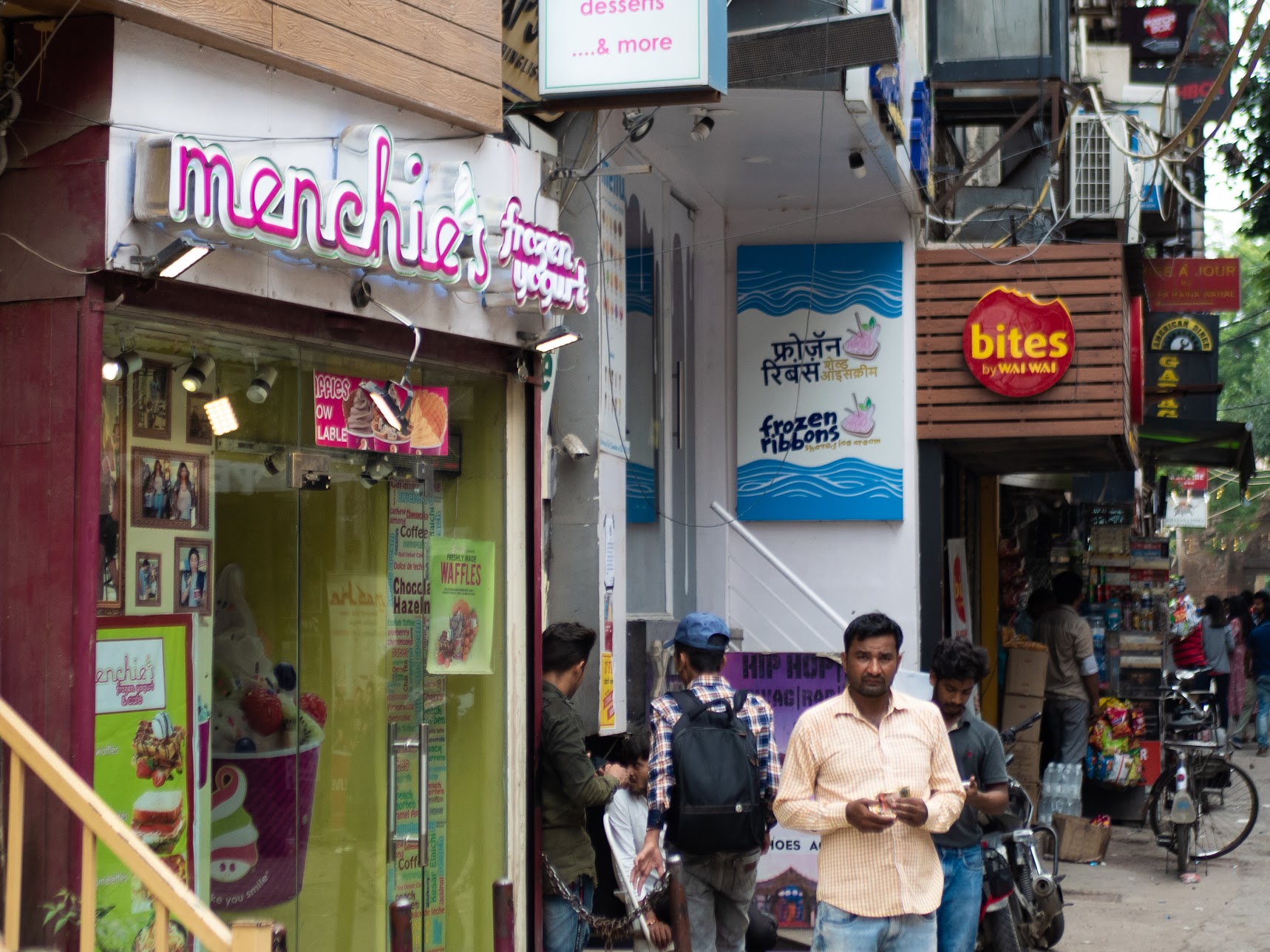 I lived near a Menchies in Seattle for a while. I didn't realise it was a chain, let alone an international one! 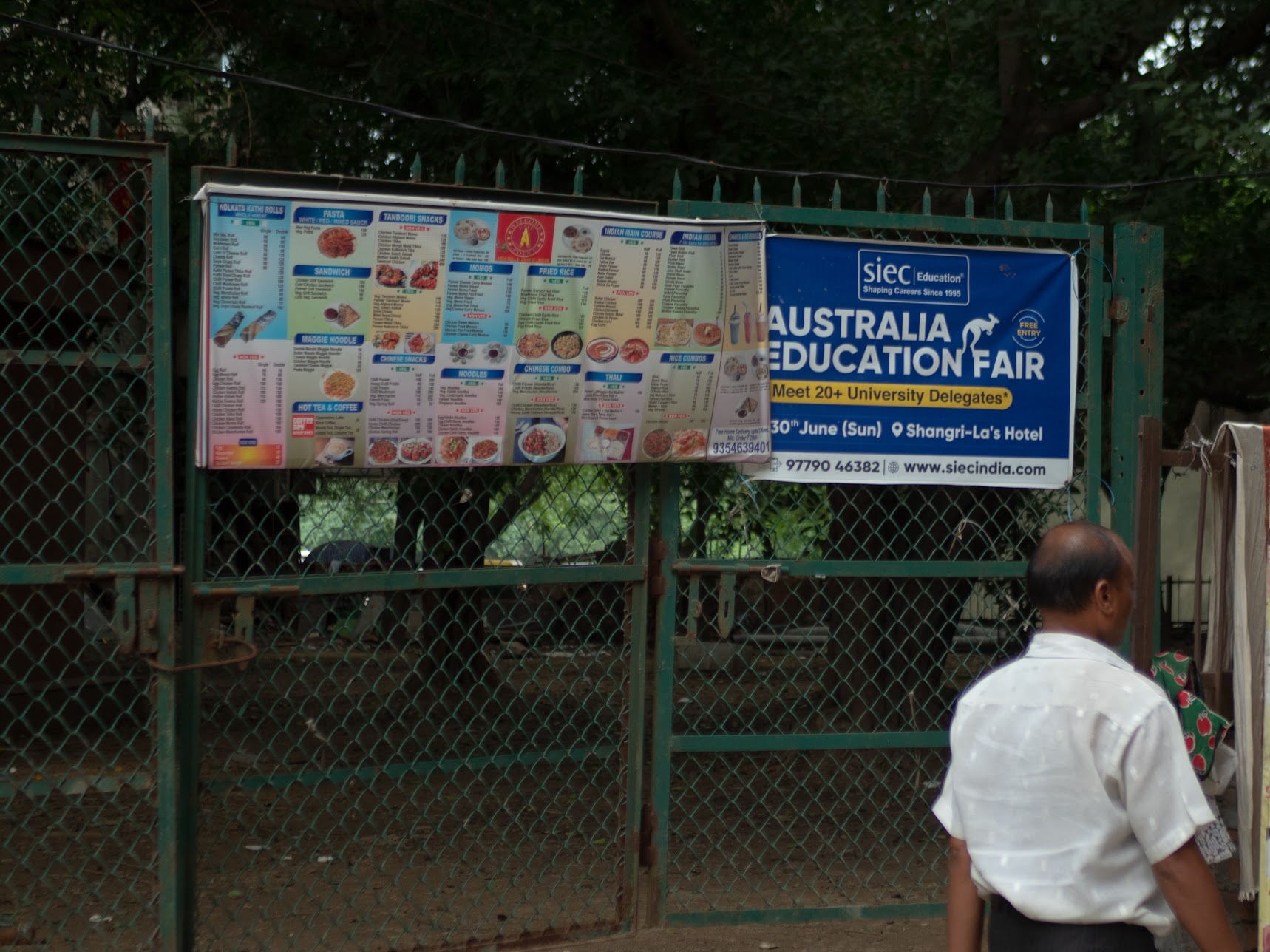 If you squint, you can imagine that this is a reference to Australia's national anthem Advance Australia Fair. 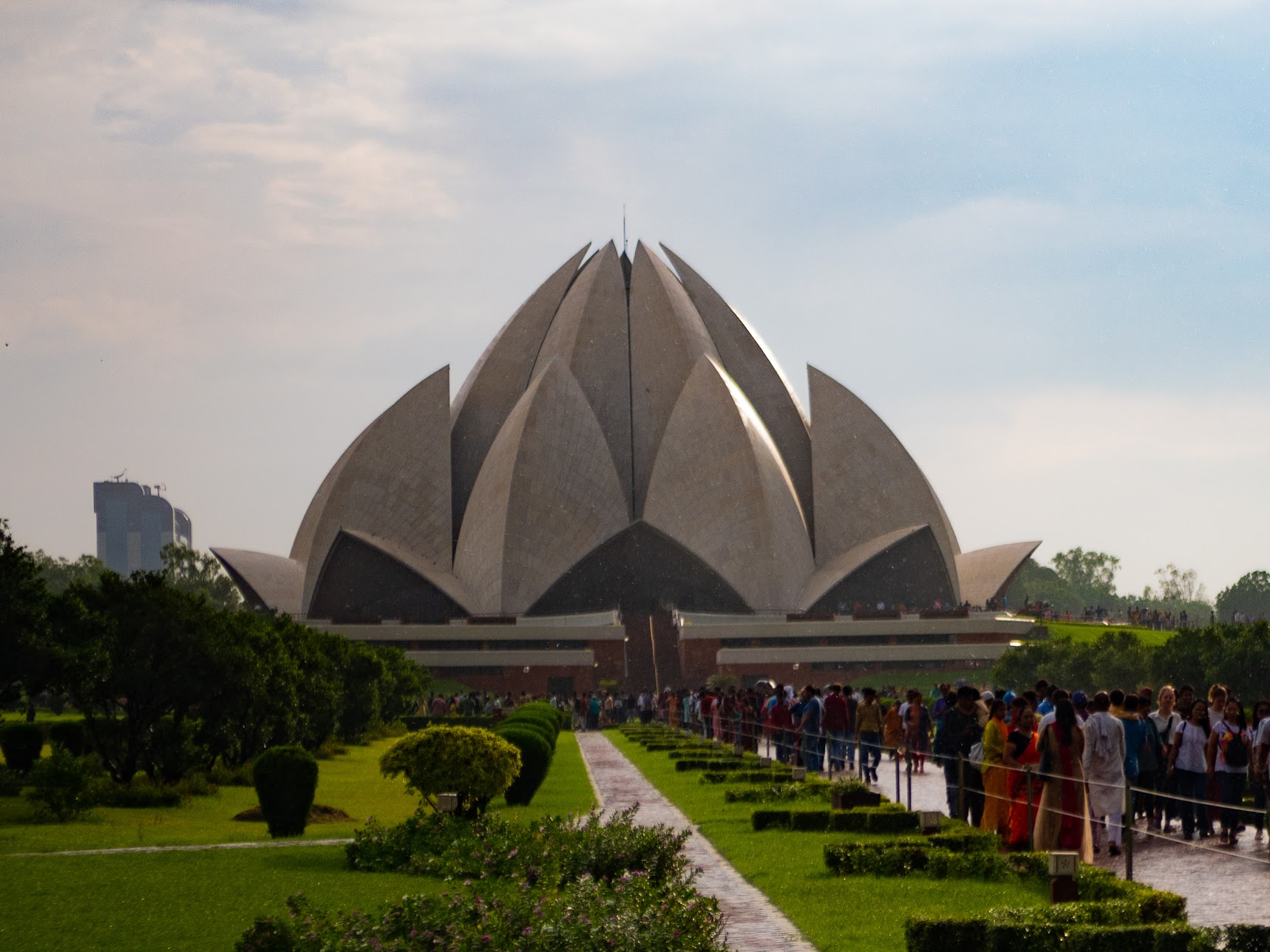 The Lotus Temple, brought to you by the Baháʼí faith. Unfortunately I went on a day when you couldn't go inside. I really liked the idea of this place, as it is open to everybody, regardless of faith. I definitely got in touch with the idea of meditation in 2019. I had started going to yoga in late 2018, which was a new thing for me. In my opinion, we could all do with a few more places for reflection without being tied to specific religious services. I'm imagining this Tuk Tuk was the life of the party once upon a time. But the speaker behind me looked like it has not worked in many years!

Overall Delhi was amazing! My first taste of India. The first day or so felt like I had focused a little too much on military monuments. My first reaction to the military pavilion in the Red Fort was to be quite cynical about the nationalist strain running through it. I don't know why it felt over the top at first, but really it's no different from visiting the national monuments of the US, Australia, or the UK. All of those countries have special ties to me, I was born in Australia, have English family, and now live in the US. So by the end, I ended up having this strange feeling (guilt?) walking around the Indian military and national monuments. The spectre of British colonialism is everywhere if you look close enough. Defining your identity after leaving the empire is something I could definitely identify with, since I was on sabbatical from Amazon at the time.

I got my bearings in Delhi, and now it was time to see other parts of India!